Social innovation is in Canada’s nature. From the advent of medicare to peacekeeping, Blue Box recycling to Greenpeace, Canada is a country with a long history of social innovation beginning with First Nations, Inuit and Métis communities. In 2007, Social Innovation Generation (SiG) was born with the mission of becoming a Canadian Social Innovation platform. SIX and SiG have been closely connected from the beginning. SiG used SIX’s global network strategically, developing learning partnerships with global organisations, going on study visits around the world, and inviting influential global leaders to Canada to push their agenda.

Whilst our geographical mandates are different, the two organisations share several important similarities and challenges in their approaches and they supported each other over the decade of SiG’s activities. SIX and SiG were born of a recognition that the impact potential of individual social-change organisations frequently depends on the robustness of the enabling ecosystem they operate in:

The story below shows how engaging with SIX at the beginning, SiG was able to use the global network to contribute to the impact we see today.

The beginning of Social Innovation ecosystem in Canada 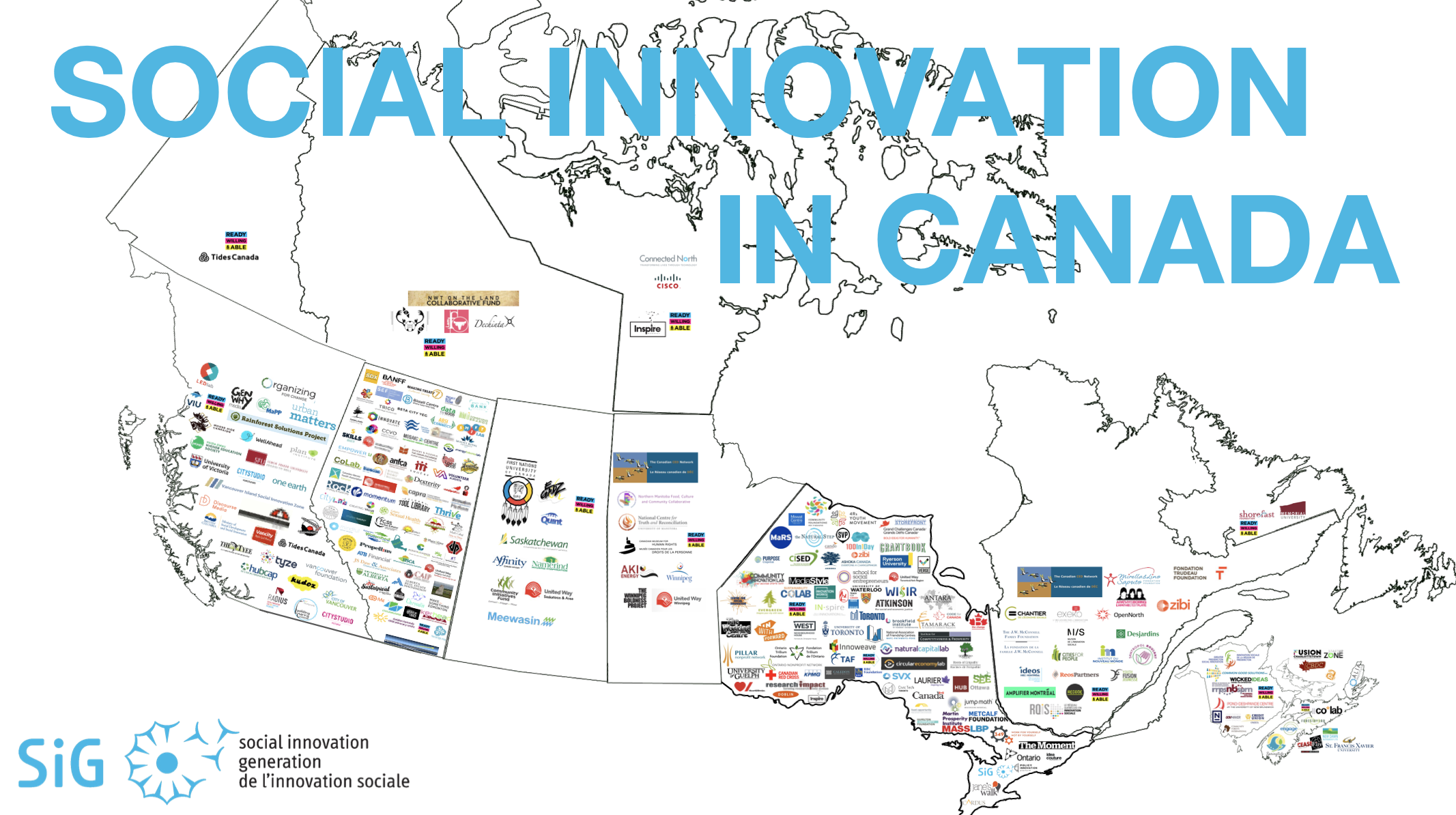 In the mid-noughties, Social Innovation Generation (SiG) was only a twinkle in instigator Tim Brodhead’s eye. By 2007, SiG was born as a partnership composed of a charitable foundation (The J.W. McConnell Family Foundation), a business-sector-spawned urban innovation hub and convergence centre (MaRS Discovery District), a university, the Waterloo Institute for Social Innovation and Resilience (WISIR), and a serially innovative non-profit (PLAN Institute).  These four cross sector organisations, from four corners of Canada, came together to catalyse and support a network and field of social innovation.

SiG National emerged in 2008 in response to a recognized need for a backbone office, which was documented after the fact in the Center for Evaluation Innovation’s 2014 Evaluation Roundtable report.

The first focus area of SiG was integrating the emerging social finance activities into the national platform. 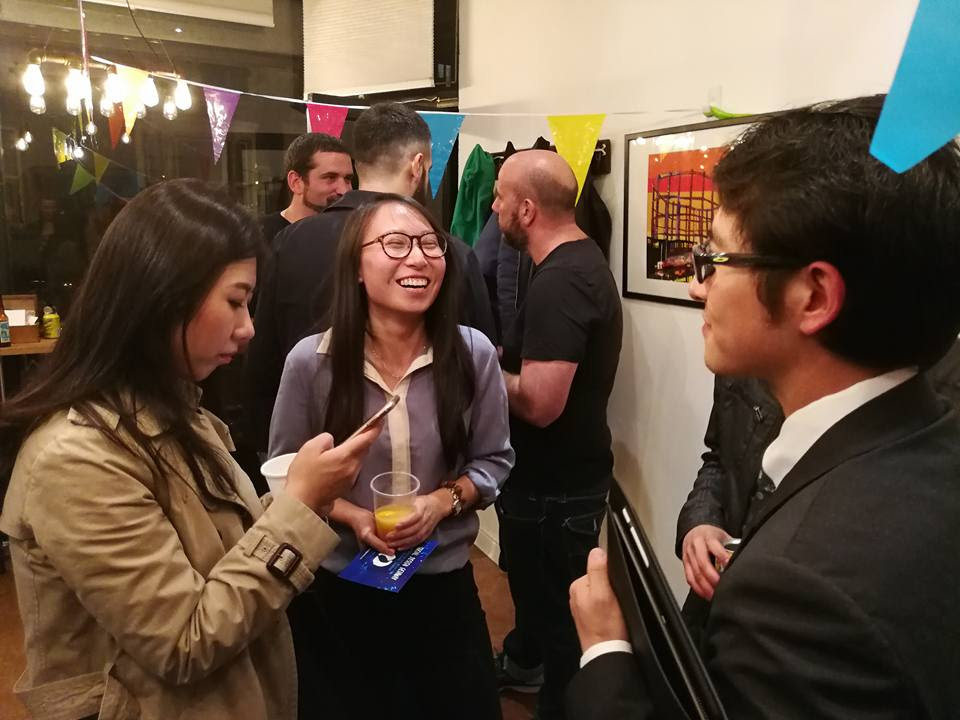 In 2014, SIX brought the global social innovation community to Vancouver through the SIX summer school. We teamed up with numerous local partners across the country under the banner of Social Innovation Week Canada, a time-bound national alliance of events and connections.

One of the side events was Labs for Systems Change, which built on the merging labs community globally. It also led to several new partnerships with other leading global organisations, including in Australia, where Alyson Hewitt (one of the original founders of SIG @MaRS becomes a thinker in Residence for the South Australian government.

Social innovation at an inflection point

SiG sunsetted in 2017, 10 years after its inception. This was always in the plan (in fact originally, SiG was only conceived as a 5 year project, but it was extended twice). The team developed a book that shares their decade-long journey – a useful resource for other organisations around the world developing national ecosystems.

SiG intentionally took a whole year to plan an orderly exit or possible transition to a successor vision or platform. This year included preparing a set of resources to capture and make accessible the SiG story, valuable insights, key tools and research reports.  The team developed the SiG story here.

An important part of the sunset process was the sharing of lessons globally.A series of global events and exchanges were also included in this plan.

In this book, we lay bare what out mission meant to us, why it mattered, what we learned, where we stumbeld and our insights into how social innovation happens. This is our way of paying forward our insights, cultivated in collaboration with dozens of generous partners over the years

Setting the foundations for the future

One of the most important legacy impacts of SiG was the Federal Ministries collaborating on a Social Innovation/Social Finance Strategy for Canada.

SISF recommendations were released in September 2018 and include, among other recommendations, that government needs to invest in social innovation the same way it does in business, technology, and science.

At the same time, discussions begun to explore how to navigate the sunsetting of SiG while the field of social innovation gains traction and how to continue to support and scale the impact of social innovators across the country. Through a series of workshops, events and interviews, 750 practitioners and actors were consulted

Its time to build a more connected network of people, knowledge and infrastructure to support the breadth of change we all seek, Its time for Canada’s social innovation ecosystem to work together to we can get to impact sooner

Social Innovation Canada will ​empower people, organizations and systems with the tools, knowledge, skills and connections​ they need to solve real and complex problems. By leveraging existing assets, using the Sustainable Development Goals (SDGs), and focusing on action, SI Canada will build a unique, inclusive and open movement for people and planet first.

Building on the work of SiG, SI Canada will:

The Social Innovation and Social Finance Strategy is launched

Because of the collaborative and careful way SiG build the field in Canada, their impact continues to grow through other organisations, like SI Canada and several others, and the government strategy, despite them not existing.