Questions for the social sector in Hong Kong

With the rapid development of East Asia in recent years, individuals and corporates are accumulating wealth. This is leading to the establishment of new foundations and making both public and private funds widely available.

We have worked in East Asia for several years, our SIX colleague and one of our board members are both based in Hong Kong. We’ve observed the practice of foundations in this part of the world and it has led us to gentle questions about how to do things differently.

Firstly, foundations in Asia often fund projects that address service gaps, complimenting what the welfare system lacks. So tackling complex social issues is close to their heart. But these initiatives are often project-based and funded to deliver direct services. It is not hard to see that a huge amount of money is invested in particular issues, like poverty alleviation or education reform. This has led to an influx of organisations trying to catch the “trend” in order to compete for funding.

There are several problems with this: collaboration and coordinated responses in addressing social issues are rare; funders often compete for good ideas while practitioners compete for money; buzzwords and trendy tools distract practitioners from making a better impact; and the dynamic between funders and practitioners doesn’t move past donor-beneficiary, blocking the organisation from gaining so much more.

The question we are asking is – how can we do things differently? Can funding go beyond projects? And how should we fund to really address the root causes of the issue?

How could funders improve their impact?

We know that funders around the world are starting to adopt different roles in the work that they do – from being enablers of change at a macro level to funding social organisations at a local level; from educating and building capacity to convening, advocacy, and representing the sector. But to play a key role within the systems that surround philanthropy, funders must build up their capacity to do systems change effectively.

Within our Funders Node work at SIX, we see foundations of different types, around the world, who are beginning to adopt more systemic approaches to change – from offering long-term, unrestricted funding, to investing heavily in gaining knowledge of the issue and its context, critically interrogating buzzwords, gaining proximity to the issues and affected communities, and supporting experimental, diverse and often interconnected interventions.

Systems thinking allows both individuals and organisations to see things in a more holistic way – offering a 3D perspective. Adopting a systems lens might mean that funding is made available for complementary projects, tackling a common challenge from different sectors and points of view, and collectively sharing data, services and insight. But if organisations are going to adopt such radical changes, they need a staff team that’s ready and willing to fundamentally rethink their work.

How would teams behave differently?

We’ve seen in our series of workshops around Systems Thinking in Context and Practice, that staff can turn this thinking into action, but only when they have clarity on their motivations for doing this kind of work, their vision and desire for impact, and their collective and individual assets.

When staff better understand the concept of social innovation and systems thinking, when they understand the field, their stakeholders, the roles and influences for change, they can quickly mobilise around small, actionable items. Most other parts of the organisation benefit from this behaviour, too: it becomes easier to identify what enables and hinders positive change to happen; it saves significant resource, and it serves the long term goals of the organisation.

Staff are crucial to the organisation’s success: the ultimate outputs from this kind of thinking is that teams believe more in what they’re doing, feel loyal to the work and to each other, and witness meaningful impact as it unfolds.

If funders in East Asia, and their staff, could embrace system thinking and translate it into practice, the whole ecosystem would, with no doubt, change drastically. Key actors in the region could move into prevention, not just intervention. Competition for resources among fellow practitioners would go down, freeing up organisations to focus on what they are good at (which is not always the same as what will get them funding).

What if funders over here created a collective of organisations and formed cross-sector partnerships to tackle a single issue from multiple perspectives, rather than funding one organisation and expecting them to address it all? What if thinking about systems in context and practice could enable funders in the region to re-imagine their relationship and their work? With everything that has been happening, isn’t it time to reimagine?

With the complexity of social issues in East Asia, from political, social and economic perspectives, it is vital for funders to rethink their roles and their way of working to create an enabling environment for the region to thrive with collective effort and ultimately impact. This is not a question about the foundations or their grantees, this is about how we build a stronger society.

If you would want to know more or interested in working with us on the Systems Thinking in Context and Practice training for foundations and organisations, please do get in touch with us through info@socialinnovationexchange.org.

By Josiane Smith and Marco Shek 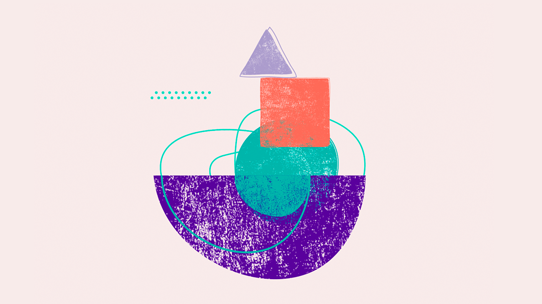 Coronavirus and social innovation – Why we need to keep learning globally

The open book of social innovation